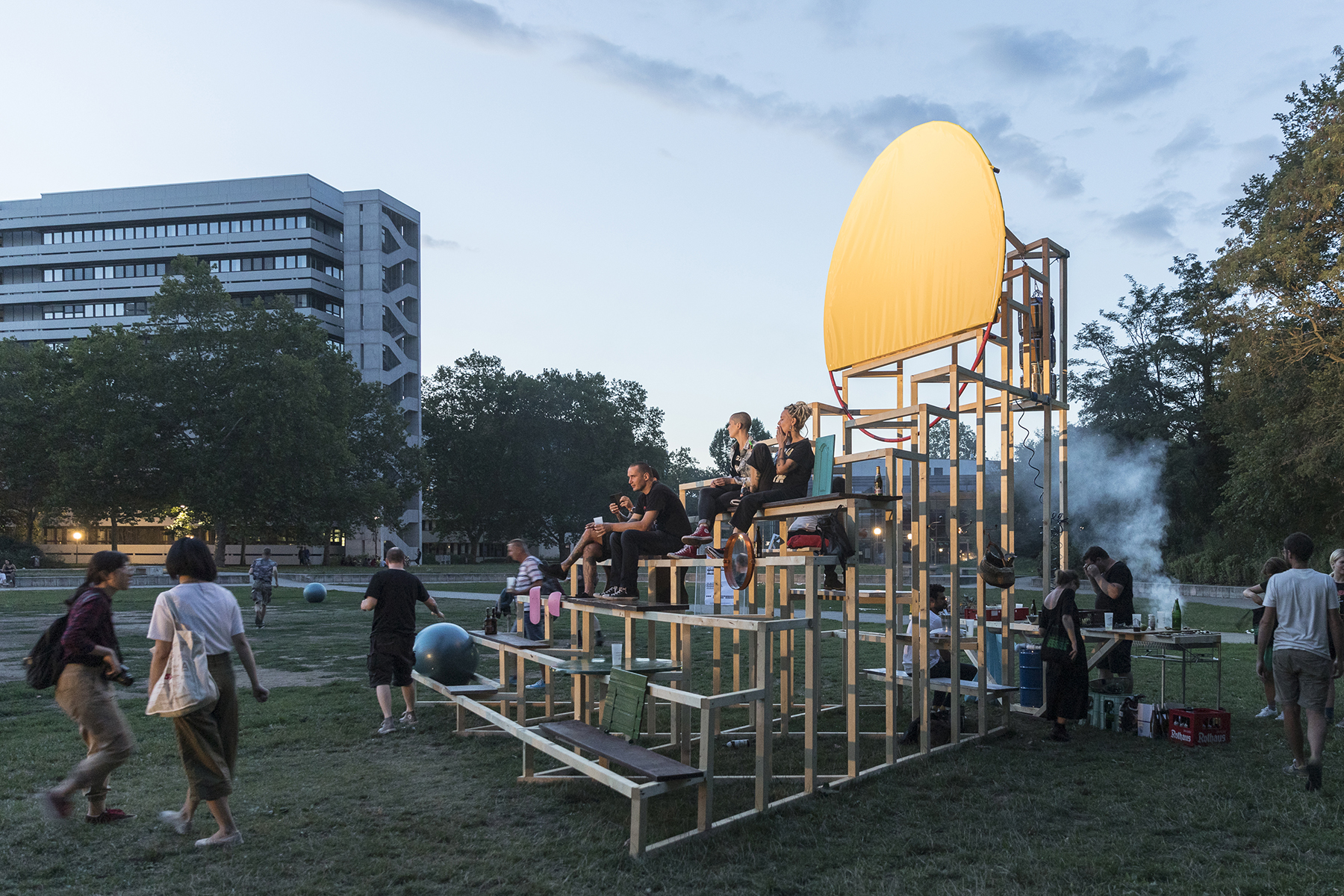 The first KIT International Summer School Little Helpers (Summer Semester 2019) was led by the architecture offices MAIO, KOSMOS and HHF, together with guest lecturers and staff members of the Fachgebiet Bauplanung und Entwerfen at KIT. During 9 days in August 2019, a group of international students developed and built a miniature of the Altes Stadion tribune at the KIT Campus Sud, through the re-use and harvesting of local building materials. The intervention enabled multiple encounters among students and members of the university community, and it triggered discussions about the campus public spaces and their regulations.

KIT Campus outdoor spaces and its buildings are not made to engage with the student community. The Altes Stadion is one of them, of which today only the tribune is preserved. The intervention became a small replica of the existing tribune; a hybrid device made of wooden stands, an outdoor kitchen and a screen for cinema projections.

The workshop promoted a culture of reusing and up-cycling building materials and building components. A vacant plot next to the Karlsruhe Central Train Station used once, as a temporary allotment garden became the testing ground for students to analyze and optimize the extraction of reusable elements.

The Summer School encouraged the cooperation of students with workshop leaders and guest lecturers for a successful result. Alternative pedagogical methods of thinking and making architecture were tested and documented; from dismantling and assembling resources to carrying and moving things, as well as eating and cooking together.